Yesterday, October 28th, was the 8th anniversary of my mom’s passing. Mom was just 54 years old when she, a non-smoker, died of lung cancer. It is always a tough day but has become more normal over the last eight years. Normal, but not easy. I can see today how God was working in my life even during that most difficult time. Had mom never gotten cancer and eventually died from it, I don’t know if I’d be where I am right now. God laid the path, starting then, for me to go into ministry. But that’s another story.
After mom’s funeral, I was a wreck. I remember being in the lobby of the funeral home, crying, when someone came up to me. She asked, “Mike, why are you crying?” How does one answer this question? Isn’t it obvious? “My mom just died,” I replied. Exactly what she said after my response, I do not recall, but it was along the lines of, “Don’t be sad, your mom is in Heaven! You should be happy!” (Mom was a strong Christian woman, I know she was in heaven as soon as she breathed her last. But that doesn’t remove the pain I felt when she left her earthly body.) Just at that moment, one of my oldest friends, Dave, came up to me and I turned and started talking to him. I was so angry at that insensitive comment that if Dave hadn’t come up at that point, things could have gotten ugly.
My pain was stolen from me. Was I wrong for being sad? Was my grief selfish now that mom was in a far better place? Can anyone that professes Christ mourn the death of someone they love? These were questions I wrestled with for many years. “Mike, why are you crying?”
I got back into church and drew closer and closer to Christ starting a few years ago. I noticed something in the Gospel of John, chapter 11. It was the story of the death of Lazarus. Jesus receives word from Mary and Martha, sisters of Lazarus and good friends of Jesus, that Lazarus is sick. Jesus waits a few days before heading to Bethany and in that time, Lazarus dies. When Jesus arrives, he is greeted by Martha who is distraught over her brother’s death. Eventually Mary also comes out and is grieved just as much as Martha. Both of them said to Jesus, “If you had been here, my brother would not have died.” (John 11:21, 32)
As Jesus looks around, he sees how much pain everyone is feeling at the death of Lazarus. And Jesus, the fully-human and fully-divine Jesus, also feels this pain. It was then that “Jesus wept.” (John 11:35 NIV) Jesus weeps just moments before he raises Lazarus from the dead! He knows He is about to see His friend again in just a few minutes, yet He feels the natural human pain of loss, of death. When Jesus wept at the death of someone He loves, He gave us permission to weep as well.
Since being asked, “Mike, why are you crying?”, I have been given the opportunity to speak at two prayer services or funerals. I have told the story of the death of Lazarus at both occasions, telling everyone that it is okay to cry. Jesus knew He was about to see Lazarus again in just a few moments; yet, Jesus wept. For us, the death of a Christian brother or sister can certainly be a celebration of a life well lived, and an eternity to be spent with our Savior. But we still feel the terrible pain of death. Jesus wept, you may weep too. 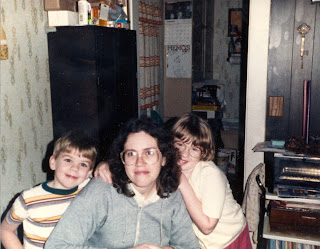